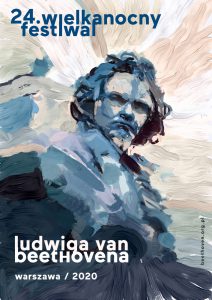 We know the poster of the 24th Ludwig van Beethoven Easter Festival, which will be held in Warsaw from 29 March to 10 April 2020. It was created by Norman Leto.

Norman Leto joined the group of artists whose works form a unique collection of posters for the Ludwig van Beethoven Easter Festival. Leto, winner of Polityka’s Passport and of prestigious awards at the Polish Film Festival in Gdynia and the New Horizons Festival in Wrocław, is an interdisciplinary artist. Critics rank him among the most important Polish artists. His works are held in prestigious private and public collections. The director of the Ludwig van Beethoven Association Andrzej Giza, responsible for the Easter Festival’s image, emphasized that he chose Norman Leto on account of his unique, individual artistic expression. Norman Leto’s art is engaged in a dialogue with history, and his poster for the 24th edition of the event was created in the context of the 250th anniversary of the birth of the Easter Festival’s patron.The previous posters of the Ludwig van Beethoven Easter Festival were designed, among others, by Agata Bogacka, Tymek Borowski, Ewa Juszkiewicz, Marcin Maciejowski, Bartek Materka, Kinga Nowak, Wilhelm Sasnal, Radek Szlaga, Marianna Sztyma, Mariusz Tarkawian, Grupa Twożywo, Honza Zamojski, Monika Zawadzki, Jakub Julian Ziółkowski. 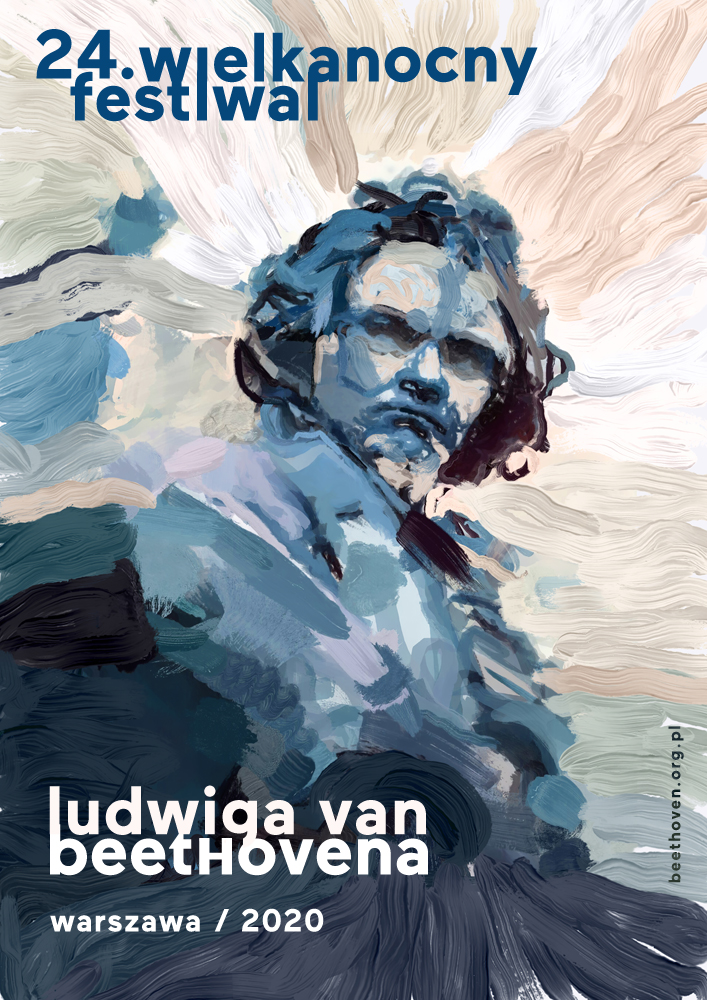