Conductor appreciated by music lovers all over the world, winner of many prestigious awards. 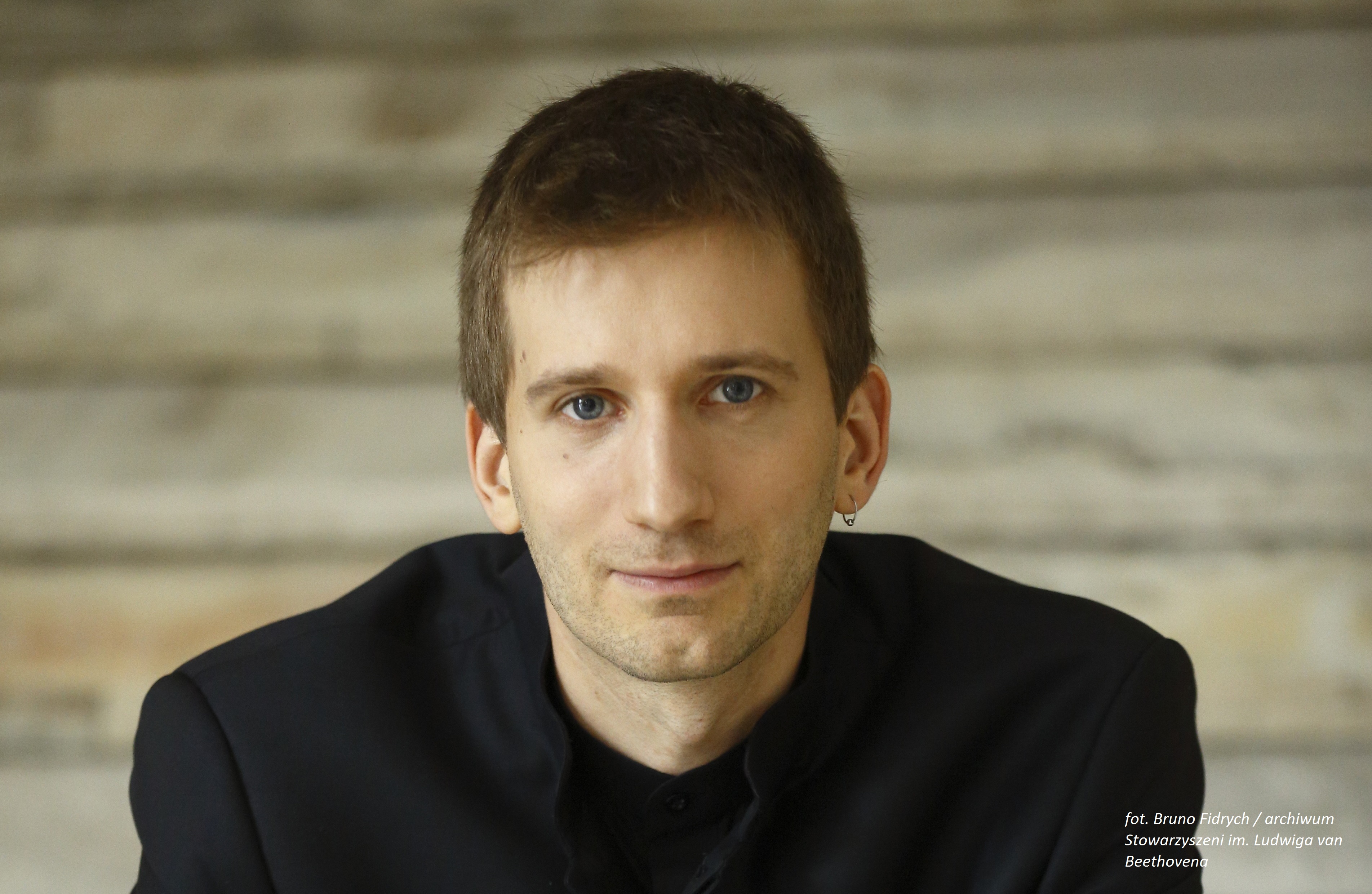 Yaniv Segal, conductor and composer, is a versatile performer who has been on professional stages since he was a young boy. Between 2014-2017, Yaniv was Music Director of the Naples Philharmonic Youth Orchestra and Assistant Conductor to Andrey Boreyko and the Naples Philharmonic. He led the Naples Philharmonic in nearly twenty different classical, educational, and pops programs per year. In December of 2016, he shared the stage with legendary violinist Itzhak Perlman in a concert that the Naples Daily News called “off the charts.” The reviewer noted that “any classical music lover who missed this concert should weep” and that the performance of The Pines of Rome was one of the most exciting ever heard.”

In 2017-2018, Yaniv goes on tour with the I, CULTURE, Orchestra, returns to the Toledo Symphony and Orlando Philharmonic, and will be the main cover conductor for Leonard Slatkin and the Detroit Symphony Orchestra.  In the spring, Yaniv will record Beethoven Reimagined with the BBC National Orchestra of Wales, featuring music by Gabriel Prokofiev (Sergei Prokofiev’s grandson) that is a hip-hop inspired remix of Beethoven’s Ninth Symphony, as well as two Beethoven “premieres”: Sonata for Orchestra Opus 30 No. 2b and Fidelio Without Words. In 2016, Yaniv released a CD entitled Joy and Sorrow that presents new Klezmer-influenced music by David Chesky performed by the Chelsea Symphony with soloists Artur Kaganovskiy, Ethan Herschenfeld, Moran Katz, and Kristina Reiko Cooper. Recorded using the latest binaural technology, the album was called “a winner” by Fanfare Magazine. Yaniv also recorded David Chesky’s score to the 2017 animated film The Mice War, an opera which teaches children’ the folly of war.

As part of the Krzysztof Penderecki Festival in Warsaw, Yaniv has prepared orchestras for Valery Gergiev, Charles Dutoit, Maximiano Valdes, and Rafael Payare. His performance with the Krakow Philharmonic and Chorus of Dvorak’s Stabat Mater, and his Krakow Opera debut – the Polish premiere of The Mice War – were met with great success. Yaniv’s debut with the Macon Symphony prompted the Telegraph to report that he is “more progressive than many” and that “Segal left us wishing the concert could have gone longer.” His performances with the Illinois Symphony Orchestra led the Pantagraph to call him a “talented director,” while the Giornale di Sicilia called him “enthusiastic, lively, and incisive” when describing his Italian debut with the Sinfonica Siciliana di Palermo.

In October of 2013, the Chelsea Symphony under Yaniv’s baton premiered his Rite of Spring (Redux), a modernized and reduced arrangement of Stravinsky’s Rite of Spring for small orchestra including electric guitar, bass guitar, and saxophone. In the 2016-17 season, the Naples Philharmonic performed several of Yaniv’s works, including Beethoven’s Sonata for Orchestra in C Minor Op. 30 No. 2b, songs by Alma Mahler arranged for orchestra, and a brass fanfare. The Naples Philharmonic subsequently commissioned Yaniv for a 45-minute work for orchestra and narrator which will be performed nearly thirty times in the 2018-19 season.
Yaniv studied violin with Setsu Goto, and soloed several times with the Yonkers Philharmonic while still in high school. While active as a freelancer on both violin and viola, he also performed chamber music regularly with members of the New York Philharmonic. As an eight year old boy soprano, Yaniv joined the Metropolitan Opera Children’s Chorus and sang both in the choir and as a soloist with great conductors such as James Levine, Valery Gergiev and Georg Solti, sharing the stage with leading singers Samuel Ramey, Luciano Pavarotti, and Dawn Upshaw, among others. Yaniv continued to perform as a singer and actor when he toured the USA and Japan as Colin in The Secret Garden, which he performed alongside Tony award winner Audra McDonald. His stage acting career culminated in a role in Tom Stoppard’s Hapgood, which he performed at Lincoln Center alongside celebrated actors Stockard Channing, David Straithairn, and Josef Sommers. In the early 90s, you could hear Yaniv sing on TV commercials for Pepsi as well as on compact discs ranging from classical opera to rock and folk music.

A strong believer and advocate of music that is relevant to modern culture, Yaniv used his performing experience as a youngster to create three music organizations. He first cofounded and music directed the Mahagonny Ensemble at Vassar College – a chamber orchestra devoted to music of the past 100 years. While a freelancer in NYC, he was a founding board member and violinist with the Pamplemousse Ensemble – a contemporary ensemble dedicated to cutting edge new music and multi-disciplinary performances. In 2005, he founded and music directed the Chelsea Symphony – an orchestra that provides unique performance opportunities for both rising and established instrumentalists, composers and conductors. The Chelsea Symphony has performed dozens of world premieres, and presents programs of under-programmed works alongside standard repertoire.

Yaniv is dedicated to bringing classical music of all types to a broader, more mainstream audience. As music director of the Michigan Pops Orchestra between 2010-2012, he programmed exciting concerts that blurred the distinction between genres, often juxtaposing works by classical composers such as Wagner and Mahler against popular music from films such as Star Wars, the Lord of the Rings, and by rock groups such as the Beatles or R.E.M. He also presented several world premieres including the US premiere of Australian composer Matthew Hindson’s Litespeed, spearheaded a concerto competition for local high school students, and expanded the size of the orchestra to over 100 musicians.

Known for having a strong rapport with orchestral musicians and audiences alike, Yaniv has worked as an assistant and cover conductor with the New York Youth Symphony, Princeton Symphony and at the Manhattan School of Music, among others. In past seasons, Yaniv has also conducted the Ensemble Orchestral de Paris, New Symphony Orchestra (Bulgaria), Thuringen Philharmonie (Germany), Ukrainian State Symphony, Castleton Festival Orchestra, University of Michigan Symphony Orchestra, Manhattan School of Music Symphony, Greenwich Village Orchestra, and Stamford Young People’s Symphony. As a collaborative conductor, he has accompanied great artists such as Nadja Salerno-Sonnenberg, Mark Peskanov, and Francesco Libetti, in venues from Avery Fisher Hall at Lincoln Center to Brooklyn’s intimate Bargemusic.

The child of Polish and Israeli immigrants, Yaniv grew up speaking three languages in a multi-cultural household. In support of his education, achievements, and contributions to American Society he was a recipient of the Paul and Daisy Soros Fellowship for New Americans in 2009.

Yaniv Segal is represented by the Ludwig van Beethoven Association