The Beethoven Academy Orchestra is one of Poland’s leading symphony orchestras of the younger generation. 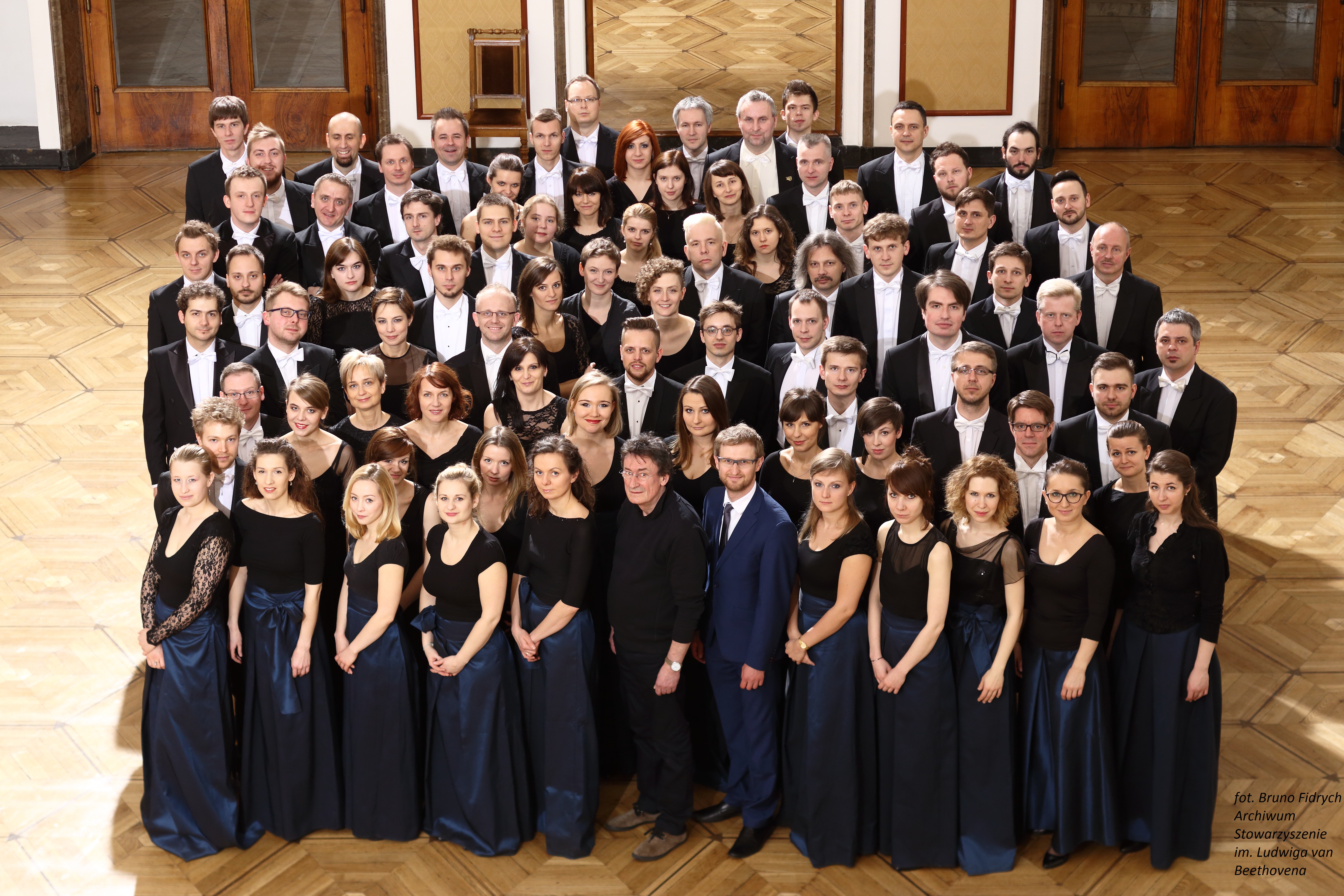 It is made up of music aficionados – the most outstanding students and graduates of European higher musical education institutions: the Academy of Music in Kraków, the Hochschule für Musik und Darstellende Kunst in Stuttgart, the Hochschule für Musik in Karlsruhe, the Royal Music Conservatory in Brussels, the Conservatoire International de Musique in Paris, and the Universität für Musik und darstellende Kunst in Graz.

The ensemble commenced its activities in 2003, following the successes at the 53rd Junger Künstler Festival in Bayreuth. In 2005, thanks to Elżbieta Penderecka, Beethoven Academy Orchestra had their début during the 9th Ludwig van Beethoven Easter Festival in Warsaw, where they won fantastic reviews and obtained invitations to many prestigious festivals in Poland and abroad. In the same year, the ensemble released its first studio recording (DUX label) of Polish music with works by Wieniawski, Penderecki and Bacewicz.

The orchestra has seventeen albums to its credit, recorded for such labels as DUX Poland, Centaur Records USA, Le Foxx Music and Universal Music. The ensemble has also signed a contract with the reputable record company EMI London KPM, for which it regularly records classical and other music. Besides the classical music, the Beethoven Academy Orchestra is equally at home in entertainment and film music classics. It has recorded soundtracks for such giants as Warner Bros and Monolith, collaborated with composers Hans Zimmer, Elliot Goldenthal, Michał Lorenc and Jan A. P. Kaczmarek, and recorded the platinum-winning album Siedem Pieśni Marii (Universal Music), which sold more than 300,000 copies.

Since its inception, the orchestra has been under the artistic and organisational care of Marcin Klejdysz, a graduate of the Academy of Music in Kraków, where he also completed  the Culture Management in European Dimension postgraduate studies. Together with Elżbieta Penderecka and the Ludwig van Beethoven Association, he has created a modern and non-institutional style of management of a large group of artists, which in combination with collaboration with numerous milieus and regular partnerships has guaranteed the orchestra an intensive and regular concert season for almost twelve years.

In 2010 the ensemble appeared again at the Young Euro Classics Festival in Berlin. Thanks to a new initiative “Comarch Young Europe Experience 2010” they performed also in prestigious German concert halls such as: Alte Oper Frankfurt, Konzerthaus Dortmund, and Gasteig Munich. In 2009, 2012 and 2013 at the invitation of the Wiener Musikverein, the orchestra performed the series of subscription concerts Musik der Meister in the legendary Musikverein Golden Hall. In 2014, the Beethoven Academy Orchestra made successful appearances at the 18th Ludwig van Beethoven Easter Festival, the 4th Polish Music Festival in Moscow, the Last Night of the Proms in Kraków, and the spectacular finale at the 100th anniversary gala of the ASCAP during the Film Music Festival. Thanks to its collaboration with the Adam Mickiewicz Institute, the Beethoven Academy Orchestra continued to work with the Konzertchor Darmstadt, where it has been a resident orchestra since 2011.

The Beethoven Academy Orchestra attaches great weight to educating the youngest music lovers. Thanks to the support of the Ministry of Culture and National Heritage, the Polish Film Institute, and local governments, it has organised several dozen educational concerts as part of the series “Bolek and Lolek Symphony”, “Children’s Melodies”, and “Birds’ Gossip or Things Musical”. At the invitation of the Kraków Festival Bureau, the ensemble also inaugurated the opening of Kraków Arena with the “Pixar in Concert” event for 16,000 young spectators.

Currently, the orchestra gives concerts in Poland and abroad, being also involved in the original project promoting forgotten Polish music (“Jeszcze polska muzyka”). This cycle is held under the patronage of the Małopolskie Voivodeship, the Ministry of Culture and National Heritage, and local governments.