Cellist, graduate of the Juilliard School of Music. Collaborated with internationally renowned musicians, including the World Orchestra for Peace. 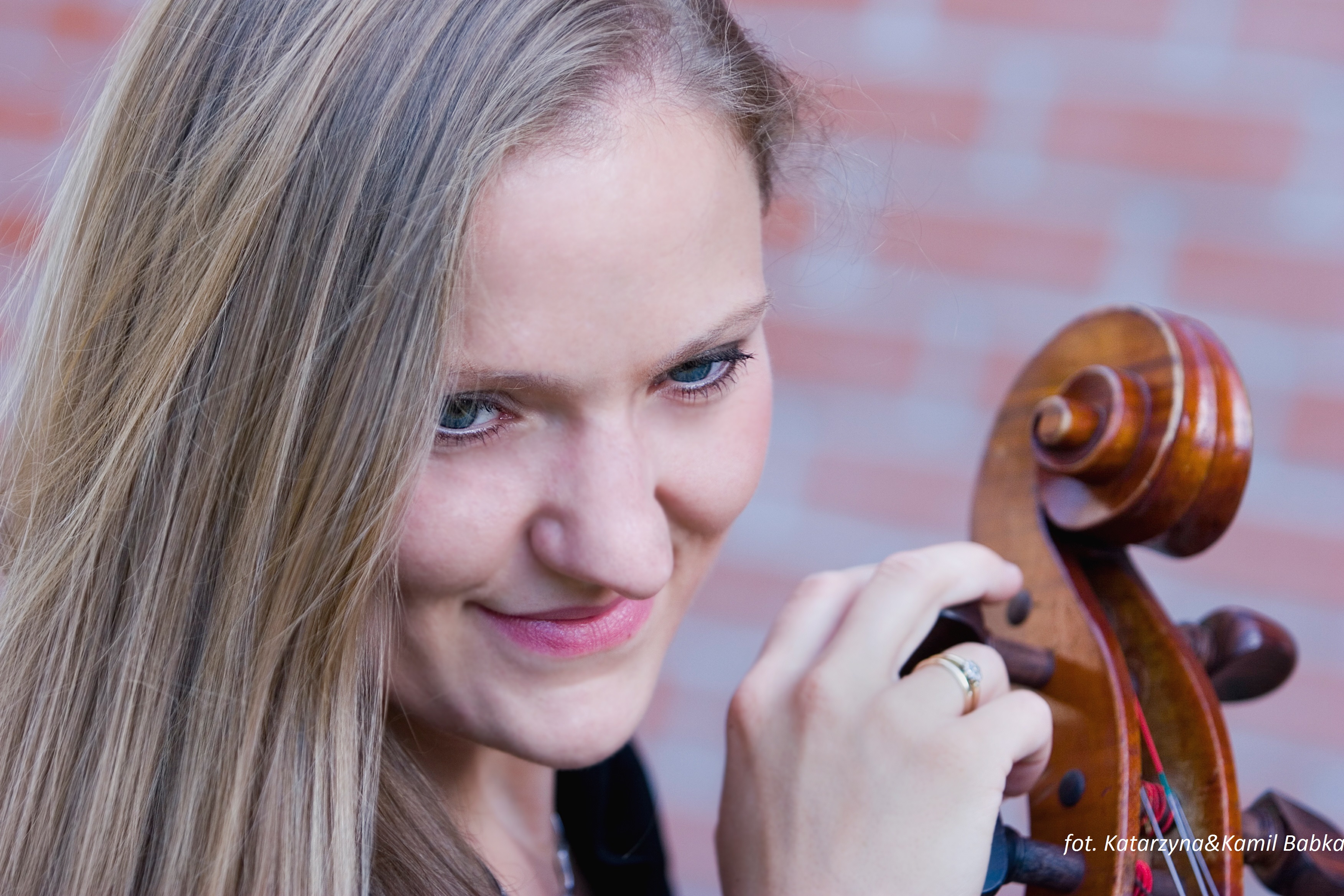 Born in Poznań. At the age of 19 she graduated with honors in the class of Stanisław Pokorski at the Academy of Music in Poznań. In 1994, during the Aspen Music Festival and School she met the famous cellist Zara Nelsova, who invited her to New York to polish her artistic skills under her supervision at the Juilliard School of Music. She graduated in 2001 as a Bachelor and Master of Music. During her studies, in 1999 she took part in the prestigious Piatigorsky cello course in Los Angeles. She was also taught by Jürgen-Friedrich Sellheim, Igor Chilipik, Stanisław Firlej and Mischa Maisky.

Karolina Jaroszewska began her solo career at the age of 16 with Poznań Philharmonic Orchestra conducted by Jerzy Swoboda. Since then she has regularly performed with the Amadeus Chamber Orchestra of Polish Radio as well as many other orchestras in Poland and abroad. She toured the most important concert halls in Europe and USA. In 2001 she participated in the prestigious Europalia Festival in Belgium. She made her US debut with Savannah Symphony Orchestra in Savannah, Georgia, and with a recital in Alice Tully Hall in New York. In July 2004, together with Sinfonia Varsovia under Wojciech Michniewski, she performed the cello solo part during the premiere of  Krzysztof Knittel’s “A Memoir of the Warsaw Uprising” to mark its 60th anniversary. In 2005, she played with the Amadeus Chamber Orchestra of Polish Radio during the Chopin Festival in Duszniki on the occasion of its 60th anniversary. In 2013 she took part in the concerts of the Krzysztof Penderecki Festival commemorating the composer’s 80th birthday.

During her career, she has collaborated with internationally renowned artists, including Agnieszka Duczmal, Gary Karr, Jerzy Maksymiuk, Philip Grenberg, and Krystian Zimerman.

Karolina Jaroszewska is also a chamber musician, performing with Polish pianist Julia Samojło. She is also a member of the Emanations Quartet along with Łukasz Kuropaczewski (guitar), Maciej Frąckiewicz (accordion) and Maria Nowak (violin).

Karolina Jaroszewska has recorded frequently for Polish Radio and Polish Television, including Rachmaninov’s Songs (arranged specially for her), de Falla’s Spanish Suite  for cello and string orchestra, and Piazzolla’s Concerto for guitar, cello and string orchestra. In 2005 she released a CD recorded with the Amadeus Chamber Orchestra of Polish Radio.

Since 2005 Karolina Jaroszewska has been a member of the Warsaw National Philharmonic in a solo cello position. In 2008 she became a member of the World Orchestra for Peace conducted by Valery Gergiev and consisting of the finest orchestra players of the world.

Her artistry has been also appreciated by non-music institutions. In 2010 she received a “Young Positivist” medal from the Hipolit Cegielski Society in Poznań as well as scholarships from the City of Poznań and the Ewa Czeszejko-Sochacka Foundation.

Karolina Jaroszewska is represented by the Ludwig van Beethoven Association