A highly sensitive musician who combines backgrounds of Russian music tradition with knowledge of European music and culture. 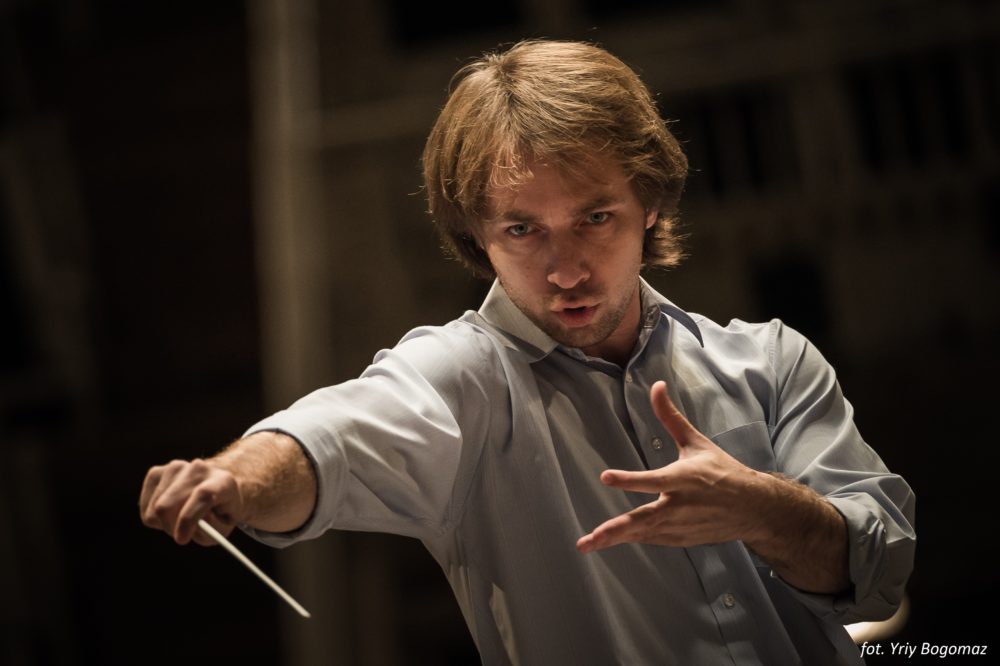 Alexander Humala studied choral and symphony conducting at the Belarusian Academy of Music and at the Rotterdam Conservatory. He developed his knowledge in cooperation with such teachers as Collin Metters, Yuri Simonov, Jorma Panula, Martyn Brabbins or Yoel Levi.

Humala won the first prize in Jazep Vitos International Choral Conductors Competition in Riga 2009, performing with the Latvian State Academy Symphony Orchestra and the Latvian National Orchestra. He is a winner of the Towards Polyphony Competition for Choral Conductors in Wroclaw 2011, where except for the first prize, he received additional awards (best conductor – audiences’ award, special prizes from the Italian and German embassies, special prize for the best interpretation of Polish music). In 2013 Alexander became a finalist of the Young Conductors Competition in St. Petersburg.

Alexander is a two-time Laureate of the Grand Prize of the President of the Republic of Belarus (2010 and 2012) and a two-time laureate of the Polish Minister of Culture Gaude Polonia scholarship (2009 and 2012). In 2010 he was awarded a highly competitive and renowned scholarship Huygens provided by the Dutch Ministry of Culture for the best students in the Netherlands.

Alexander Humala took part in various festivals, including: Lucern Festival (2012) with Lucern Festival Academy Orchestra under the supervision of Peter Eotvos, in Parnu Summer Festival (2011) where he was taught by Neeme Järvi and Paavo Järvi, in St. Magnus festival in Orkney Island (2011), where he worked with the Scottish Chamber Orchestra and London Sinfonietta. In 2013 he served as a chief conductor at one of the most prestigious music festivals in Belarus, the Mogilev City Magutny Boza (Almighty God). Alexander has been chosen as an assistant of maestro Lorin Maazel at the Castleton Festival in 2014. In 2015 he participated in the Cabrillo Festival as a conducting fellow of Marin Alsop.

Alexander Humala served as a repetiteur and conductor in Opera Studio in Belarusian Academy of Music (2003-2008). In 2009 Humala worked as an assistant of a conductor in Wroclaw Opera Theater (Poland), where participated in different performances and productions. In the season of 2013-2014 Alexander worked as a conductor assistant of Martyn Brabbins and opera Dog’s Heart in Lyon National Opera. He was a conductor during the master class of Russian opera repertoire at the Dutch National Opera in September 2015.

Since 2013 Alexander Humala is a chief conductor and the artistic director of Belarusian State Capella Sonorus. During the years 2014-2016 he was an assisting conductor at the Polish Radio National Symphony Orchestra (NOSPR).

In Season 2016-2017 Alexander had a debut with Yekaterinburg Opera Theater in Russia and at the National Music Festival in the United States.

Alexander Humala is represented by the Ludwig van Beethoven Association